Trump has deployed American heavy bombers to the region. There can be only one possible target.

If Trump orders attacks on Iranian sites he will no doubt first, select the Iranian nuclear facilities….

Iran’s nuclear program is the regime’s sacred cow and the destruction of it would be a fatal blow to the Iranian aspiration to dominate the Middle East and to destroy Israel.

Pentagon to begin sending 6 B-52s to Diego Garcia: US official. B-52s will be available for operations against Iran if ordered,

“We had specific information on an imminent threat and that threat stream included attacks on U.S. embassies. Period. Full stop,” he said. When later asked what he meant by imminent, he responded: “It was going to happen.”

All through the Nuclear accord talks, Iran continued to slander and threaten Israel. Now there is real evidence to make good on their threats. Iran’s intent to purchase S-300 anti-aircraft from Russia is now a reality.

The S-300 is an advanced system for intercepting fighter jets and is intended to protect sensitive ground facilities. It is capable of engaging several jets at the same time and is considered one of the most advanced systems of its kind in the world. The FARS news agency quoted Dehqan as saying that Tehran asked for three batteries of the system and recently added a fourth one to the order.

Iran has created a new command post to “fight Israel.

It has been dubbed the Eastern Command of the Iranian Revolutionary Guards.The Al Qods Brigades, which are the external terrorist arm of the Guards, are organized according to sectors, with commands for Hizballah, the Palestinians, Syria, Iraq and the Gulf.

Their newest sector is the Eastern Command which, our sources report has been assigned as its first task to start handing out weapons, including missiles, to any Palestinian West Bank group willing to receive them. Tehran’s object is to transform the West Bank into a territory hostile to Israel on the model of southern Lebanon which is ruled by the armed Hizballah and the Gaza Strip under the Hamas and Islamic Jihad terrorists.

The Iranian Islamic Revolution Design House has created a video showing the buildup of various soldiers including the Iraqi Shia Badr Organization, IRGC, Lebanese Hezbollah, and Hamas ready to invade Jerusalem. What is amazing about this Islamic video is it shows scenes that look entirely prophetically Biblical in nature. 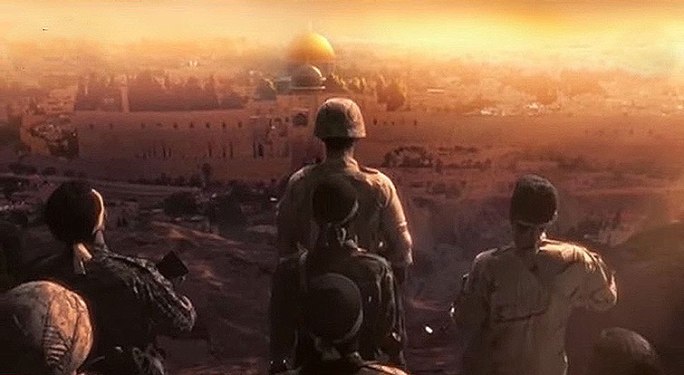 In other parts of the Middle East and world:

Six Russian MiG-31 Foxhound interceptor aircraft from Moscow landed Tuesday, Aug. 18, at the Mezze Airbase situated in Damascus international airport, They were followed shortly after by giant An-124 Condor transports, which delivered 1,000 Kornet-9M133 third-generation anti-tank guided missiles.
The Russian airlift of advanced weapons for Bashar Assad’s army will last for several days. It betokens Moscow’s intention to keep up its support for the Syrian ruler and counter – by military means if necessary – any secret Iranian diplomatic machinations for terminating the Syria war and with it the Assad regime

The Chinese and Russian navies are gearing up for their largest ever joint exercises, slated to begin Thursday in the Pacific with more than 20 ships from the two nations and to feature anti-submarine operations as well as a joint-beach landing. The U.S. Naval Institute’s online news and analysis portal, USNI, noted that the exercises will be the second joint drills between Russia and China in less than a year, following the first “Joint Sea 2015,” which played out in the Mediterranean in April.

Clearly… the prophetic fulfillment of major prophecy is at the door….

Come unto me, all ye that labour and are heavy laden, and I will give you rest. Mat 11:28

The confusion, complexity, tension, and anger in the Middle East continues its rapid climb to implosion and destruction.

Israel is preparing for possible war with Hezbollah

Senior sources in Israel have revealed that the army’s northern command is preparing for a potentially fierce war with Hezbollah.

Tens of millions of dollars have been transferred to Hamas for the rebuilding of tunnels destroyed by Israel last summer, the Sunday Telegraph reports. 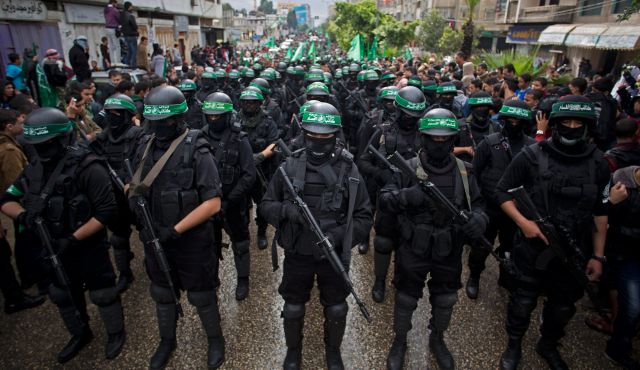 Turkey and Saudi Arabia, two nations with a long history of rivalry, are in high-level talks with the goal of forming a military alliance to oust Syrian President Bashar Assad, according to sources familiar with the discussions.

Sources told Reuters more than a year ago that a deal worth up to $20 billion was being discussed with Tehran and would involve Russia buying up to 500,000 barrels of Iranian oil a day in exchange for Russian equipment and goods.

The official noted that cooperation between Russia’s state nuclear company, Rosatom, and AEOI is proceeding well. In November, Tehran and Moscow struck a deal under which Russia is to build eight new nuclear reactors in Iran.

According to the agreement, four of the planned reactors are to be constructed at the Bushehr nuclear station, already the site of one Russian-built reactor. The remaining four are to be built elsewhere in the Islamic republic, though the exact location has not yet been determined.

Major movement in Iran’s nuclear program. Is this the unveiling of the Prophecy against Elam? Will it bring an Israeli airstrike against the Bushehr Nuclear Power Plant or some other natural disaster in the near future?

Iran has begun construction on two new nuclear plants as negotiations with America over its contested program continue in Geneva, according to Iranian President Hassan Rouhani.

Construction of the nuclear plants, which Iran claims are for peaceful energy purposes, was revealed on Tuesday, the day before Secretary of State John Kerry was to meet with his Iranian counterpart for talks in Geneva.

News of the two new nuclear plants come on the heels of reports that Iran has been operating advanced missile sites in Syria and also building a secret nuclear plant there.

Rouhani touted the new nuclear construction following a meeting with investors in Iran’s southern Bushehr province, where the nuclear facilities are being built.

The new nuclear plants are being constructed with help from Russia, which signed an agreement in March with Iran to aid in the endeavor.

German reports also have claimed that Iran is building a clandestine nuclear site in Syria.

For a complete description of the Prophecy against Elam, click the link below.

The latest developments in the ongoing Iran nuclear talks.

Tehran wants to massively ramp up the number of enrichment centrifuges — in order, it says, to make fuel for a fleet of power reactors that it is however yet to build.

An Iranian source told AFP on Sunday that the extension could be “six months or a year.”

Another extension — as happened with an earlier deadline of July 20 — however carries risks of its own, including possible fresh US sanctions that could lead Iran to walk away.

It will also fuel accusations from Israel, the Middle East’s sole if undeclared nuclear-armed state, that its arch foe Iran is merely buying time to get closer to the bomb.

If you are not yet familiar with the Prophecy against Elam, you can read about it at the link below.