The Temple Institute has announced a bold new initiative to identify, select and register kohanim-priests who would be eligible to participate in the process of preparing the Red Heifer, which is used in the ritual of purifying Jews from the tuma-impurity of the dead.

This unprecedented move represents the second stage of the Institute’s project to restore the concept of biblical purity into the world, something that will have immense repercussions on Jewish observance as we know it. Even before the Temple is rebuilt, the reinstatement of halakhically approved kohanim is a pre-requisite for preparation of the Red Heifer which will enable the people of Israel to perform numerous Torah-based commandments…….

Sisi asks Obama for military intervention to save Egypt from ISIS

Egyptian President Abdel Fatteh El-Sisi has sent a secret missive to President Barack Obama asking for urgent US military intervention in support of Egypt’s war on the Islamist State in Sinai, before the jihadis pose a real threat to Cairo………..

…….., given his record as former defense minister and a much-decorated general in the Egyptian army, an appeal to a foreign power for military assistance is out of character and would normally be found unacceptable in his own milieu. It must therefore be seen as a sign of extreme distress over Cairo’s failure to vanquish – or even contain ISIS, which now poses a strategic threat to Egypt proper…………..

Have you noticed how fast time is fleeting by these days? No longer is it just a perception that happens once one obtains middle age due to increased responsibility and activities, but rather now, even teenagers and young adults are sensing that time has sped up. Is it still just a perception or could it be biblical? What would cause time to speed up?

God is in complete control of time and can change it as He wills. All of time is in the present sense to Him as he views time on a vertical scale of past, present, and future and can intersect time any place He chooses.

For a thousand years in thy sight are but as yesterday when it is past, and as a watch in the night. Psa 90:4

Joshua in the battle against the Amorites asked the Lord to hold the sun in place for a time until the battle was finished. That miracle altered the current time.

Then spake Joshua to the LORD in the day when the LORD delivered up the Amorites before the children of Israel, and he said in the sight of Israel, Sun, stand thou still upon Gibeon; and thou, Moon, in the valley of Ajalon. And the sun stood still, and the moon stayed, until the people had avenged themselves upon their enemies. Is not this written in the book of Jasher? So the sun stood still in the midst of heaven, and hasted not to go down about a whole day.

After the Sin of Adam, all of creation suffered for it, “For we know that the whole creation groaneth and travaileth in pain together until now” Rom 8:22. The entire universe is suffering a slow death. If all motion of the universe is slowing down at a uniform rate, then time is speeding up for if the faster an object travels, the slower the time, then the opposite must also be true. This concept is explained by Time dilation and Einstein’s theory of relativity, a topic outside the scope of this paper.

Jesus says the days of persecution during the last half of the Tribulation will be shortened.

For then shall be great tribulation, such as was not since the beginning of the world to this time, no, nor ever shall be. And except those days should be shortened, there should no flesh be saved: but for the elect’s sake those days shall be shortened.Mat. 24:21-22.

Daniel tells us the number of those days will be 1290. “And from the time that the daily sacrifice shall be taken away, and the abomination that maketh desolate set up, there shall be a thousand two hundred and ninety days“ Dan 12:11. “Blessed is he that waiteth, and cometh to the thousand three hundred and five and thirty days“ Dan 12:12.

Clearly the 1290 days will be reduced by what Jesus says in Matthew 24 in that the number of persecution days will be shortened but the number of days to the Second Coming will remain the same. Is it possible this passage has a dual meaning in that those days will also literally be shorter in time? Are we seeing a precursor to that now?

God created the stars, sun, and moon for reasons including time. These celestial bodies will be effected in the Tribulation. “And God said, Let there be lights in the firmament of the heaven to divide the day from the night; and let them be for signs, and for seasons, and for days, and years:” Gen 1:14.

The second woe is past; and, behold, the third woe cometh quickly. Rev 11:14.

Therefore rejoice, ye heavens, and ye that dwell in them. Woe to the inhabiters of the earth and of the sea! for the devil is come down unto you, having great wrath, because he knoweth that he hath but a short time. Rev 12:12

For there is no difference between the Jew and the Greek: for the same Lord over all is rich unto all that call upon him. For whosoever shall call upon the name of the Lord shall be saved. Romans 10:12-13. 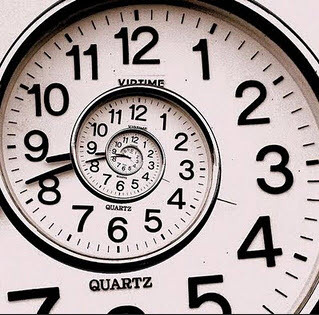 Russian President Vladimir Putin has ordered Defense Minister Sergey Shoigu to start the withdrawal of forces from Syria starting Tuesday. Russia will however keep a military presence at the port of Tartus and at the Khmeimim airbase to observe ceasefire agreements.

Putin to Assad, Tehran: You want to carry on fighting? Count me out

A deep rift with Tehran over the continuation of the Syrian war and an irreconcilable spat with Syrian ruler Bashar Assad over his future prompted Russian President Vladimir’s shock order Monday, March 14, for the “main part” of Russian military forces to quit Syria the next morning. This is reported by debkafile’s military and intelligence sources. Moscow would retain a military presence at the naval port of Tartous and the Hmeymim airbase outside Latakia.

The Russian president did not fix a timeline for the military withdrawal – only its start. Neither did he promise to discontinue all military operations in Syria.

He did say only that “The task put before the defense ministry and Russian armed forces has on the whole been fulfilled” and he spoke of a “fundamental turnaround in the fight against international terrorism.”

To some extent, Russia has kept a volatile country from going completely ballistic. Once the majority of the Russian military is gone, will the country resume its’ tailspin? Will Iran or Hezbollah be the instigator?

We know the destruction of Damascus (Isaiah 17) is yet to occur, and we know it is caused by the children of Israel.

In that day shall his strong cities be as a forsaken bough, and an uppermost branch, which they left because of the children of Israel: and there shall be desolation. Is. 17:9

One would think Israel would not create this type of destruction as long as a country as powerful as Russia were present, but now they leave….what’s next? Will this prophecy occur in the near future or will it commence in the seven year Tribulation? Will it be before or after Gog and Magog? Time will tell, but this author leans towards a pre-Gog & Magog occurrence.

Looking for that blessed hope, and the glorious appearing of the great God and our Saviour Jesus Christ; Tit 2:13

Rarely is a post made concerning politics except where it becomes a threat to freedoms and/or society.

Report: Obama to use UN to divide Jerusalem

With about 10 months left in office, President Barack Obama is considering unprecedented moves to implement a two-state solution, according to a Wall Street Journal report.

Netanyahu’s extraordinary decision to spurn the presidential invite came a year after Obama refused to meet with Netanyahu in Washington, citing the proximity to Israeli elections, in what was widely regarded as a sign of the strain in ties between the two leaders;

And I will bless them that bless thee, and curse him that curseth thee: and in thee shall all families of the earth be blessed. Gen. 12:3

Do you remember this man? Democracy in Turkey is quickly dying.

An İstanbul court appointed trustees to take over the management of the Feza Media Group, which includes Turkey’s biggest-selling newspaper, the Zaman daily, as well as the Today’s Zaman daily and the Cihan news agency, dealing a fresh blow to the already battered media freedom in Turkey.

Despite criticism from European officials over its crackdown on opposition media, the Turkish government has reportedly taken control of another news agency. It comes days after the seizure of the popular opposition newspaper Zaman.

Has Erdogan confused freedom of expression with spying?

Turkey’s “strongman” President Recep Tayyip Erdogan is going the extra mile in his trajectory of authoritarianism by challenging a Constitutional Court ruling.

Although stressing that he fully supports freedom of expression, Erdogan said no one can attack the country under the guise of liberty. “This is spying, [and] intelligence organizations in every country have almost infinite legal power — and so they can’t be interfered with so easily by any ordinary prosecutor,” he added. “Now, after our departure, there will be a lot of turbulence behind us over my statement,” he said, signaling that he was aware of the possible dramatic ramifications of his statement.

Erdogan’s conquest of Africa
Amid President Recep Tayyip Erdogan’s recent West African tour, from Feb. 28 to March 4 and including visits to Ivory Coast, Ghana, Nigeria and Guinea, news reports surfaced of Turkey establishing a military presence on the strategic Horn of Africa, in Somalia. This development will make Turkey the fifth foreign country to have a military presence in Africa, joining Britain, France, Japan and the United States.
According to the reports, carried extensively by the pro-government media under such headlines as “New Turkey Spreads to Four Continents,”

There is much prophecy yet to be fulfilled concerning Egypt in the last days. The titles of two recent news articles eerily appertain to one of the prophecy’s in Ezekiel 29. You can get a refresh on that prophecy here https://lookingforthatblessedhope.com/2015/04/07/thou-didst-break/

At the time of the post above a news article dated April of 2015 stated Egypt was preparing for war with Israel. It has now been almost a year. Here are the more recent news articles related to the prophecy.

Egypt and Israel: A lover and his mistress

March of 2019 will mark the 40th year anniversary of the historic US-sponsored peace treaty between Israel and Egypt.