Major movement in Iran’s nuclear program. Is this the unveiling of the Prophecy against Elam? Will it bring an Israeli airstrike against the Bushehr Nuclear Power Plant or some other natural disaster in the near future?

Iran has begun construction on two new nuclear plants as negotiations with America over its contested program continue in Geneva, according to Iranian President Hassan Rouhani.

Construction of the nuclear plants, which Iran claims are for peaceful energy purposes, was revealed on Tuesday, the day before Secretary of State John Kerry was to meet with his Iranian counterpart for talks in Geneva.

News of the two new nuclear plants come on the heels of reports that Iran has been operating advanced missile sites in Syria and also building a secret nuclear plant there.

Rouhani touted the new nuclear construction following a meeting with investors in Iran’s southern Bushehr province, where the nuclear facilities are being built.

The new nuclear plants are being constructed with help from Russia, which signed an agreement in March with Iran to aid in the endeavor.

German reports also have claimed that Iran is building a clandestine nuclear site in Syria.

For a complete description of the Prophecy against Elam, click the link below. 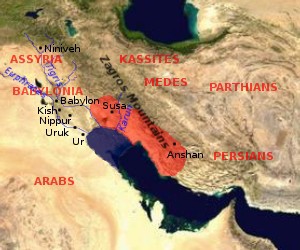