4 And Jesus answered and said unto them, Take heed that no man deceive you.  5 For many shall come in my name, saying, I am Christ; and shall deceive many.

6 And ye shall hear of wars and rumours of wars: see that ye be not troubled: for all these things must come to pass, but the end is not yet. 7 For nation shall rise against nation, and kingdom against kingdom: and there shall be famines, and pestilences, and earthquakes, in divers places. 8 All these are the beginning of sorrows.     Matthew 24:4-8

In the verses above, Jesus is telling the disciples what will take place before the Tribulation. Notice He says “all these things must come to pass, but the end is not yet” and “All these are the beginning of sorrows“.

And great earthquakes shall be in divers places, and famines, and pestilences; and fearful sights and great signs shall there be from heaven. Luk 21:11

One can argue that these events have been taking place since the time Jesus mentioned them. So is there really any difference today? There is a fundamental difference today, and that is for the first time, all of these events are now happening simultaneously. Unlike in the past, we now have the ability to track these events and pictures thanks to social media sites, the Internet, and global satellite systems making it possible for us to follow God’s commandment to “watch”. Prior to this technology, it was not possible for the average person to know what was happening around the world. The country of Israel is now 66 years old since it’s prophetic birth in 1948. Jesus said that generation (of 1948) will not pass away until all things be fulfilled. Think about that.

Let’s look at each of these events. These are just a minimal amount of evidence. One can simply do a Google search to find many, many more.

For many shall come in my name, saying, I am Christ; and shall deceive many

ye shall hear of wars

Current Civil wars in Iraq, Syria, Libya, and the Ukraine. Many other conflicts around the globe. And then there is ISIS.

The world in flames

and rumours of wars

U.S. Sends Second Carrier to Asia Amid Tensions with China

Famines – no water, no food.

Think California’s drought is bad? Scientists issue dire warning of US megadrought that could last 35 YEARS and lead to mass population migrations

The Mayfly hatch was so large it could be seen on radar.

the number of big earthquakes during the first three months of 2014 was more than double the yearly average of what we have experienced since 1979? And did you know that the number of earthquakes in the central and eastern U.S. has quintupled in recent years?

Most Americans don’t realize that the greatest earthquakes in U.S. history happened along the New Madrid fault zone.  Back during the early part of the 19th century, a series of immensely powerful earthquakes rattled the entire eastern half of the nation.  Documents that we have from that era say that those earthquakes were so powerful that they were felt more than 1,000 miles away.

great signs shall there be from heaven

Three Supermoons in a Row

In other areas all backed by scripture:

Mark of the Beast technology:

Why I want a microchip implant 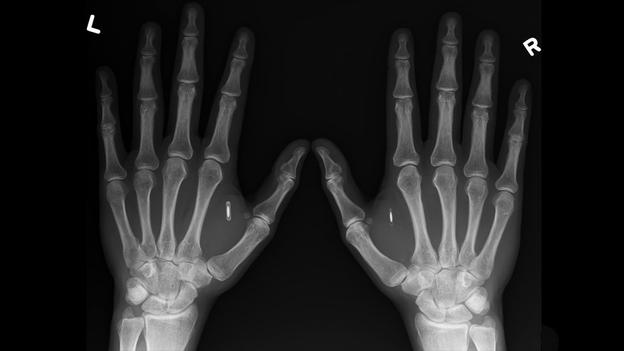 Inside one of the U.S. Bible Belt’s growing number of atheist ‘churches’

Everything You Need to Know About Ghost Sex

Henry Kissinger on the Assembly of a New World Order

Super rich are getting super richer

The coming cold for the “days of trouble”

As Christians, we are not to fear, but find comfort:

14 For if we believe that Jesus died and rose again, even so will God bring with Him those also who sleep in Jesus.

15 For this we say unto you by the Word of the Lord: that we who are alive and remain unto the coming of the Lord, shall not precede those who are asleep.

16 For the Lord Himself shall descend from Heaven with a shout, with the voice of the archangel and with the trumpet of God; and the dead in Christ shall rise first;

17 then we who are alive and remain shall be caught up together with them in the clouds to meet the Lord in the air. And so shall we ever be with the Lord.

18 Therefore comfort one another with these words.

24 and let us consider one another to provoke unto love and to good works,

25 not forsaking the assembling of ourselves together, as is the manner of some, but exhorting one another, and so much the more as ye see the Day approaching.