On November 21st of 2019, thirty one days after his 70th birthday, AG announces Netanyahu to stand trial for bribery, fraud and breach of trust. This is the first time in Israel’s history that a serving prime minister has faced criminal charges. Similarly, here in the United States, President Trump is under impeachment hearings, the first in 21 years since President Bill Clinton was impeached by the House of Representatives. Are Trump and Netanyahu inextricably linked? Are they part of God’s plan for the last days….

The name Benjamin in the Hebrew means “Son of the right hand” and Netanyahu is currently the longest serving PM in the history of Israel at 4991 days or 13.86 years as of this writing. Recently turning 70 years old, he is also the only Israeli born PM to take office.

President Donald Trump, in his miraculous win for the presidency in 2016, was born exactly 700 days before the nation of Israel was formed on May 14th, 1948. He has done more for Israel than perhaps any president in history. Today, President Trump is 73 years old. Abraham ‘departed’ from Haran at age 75….

With both Trump and Netanyahu under attack, it seems the enemy is winning on all fronts and it is to be expected to a point. We know from the bible that there will be a falling away first prior to the rapture 2Th 2:3 and men will no longer endure sound doctrine 2Ti 4:3 while heaping treasure together for the last days Jas 5:3. All of this continues to come to past.

But all is not lost as the Lord, possessor of heaven and earth has never and will never lose a battle! It is hard to fathom the Lord will take His bride home limping and beaten in defeat. Vengeance and judgment belong to Him. Are we about to see the tables turn on the enemy in this late hour and see the victory of the Lord’s hand in all of this for both Trump and Netanyahu and the church?? Perhaps it has already started.

Will the Epstein scandal lead to the fall of other prominent politicians. If the Lord decides to expose all the corruption that has been plaguing the political scene around the world, it will happen very fast. We may even see cases of treason. In the U.S., punishment for high treason is death.

The bible does not speak of a last days revival before the rapture, but that does not mean it can’t happen. This author believes the Lord will show His hand in a mighty way to bring honor and glory to Himself while blessing Israel and the church before the end begins. Let us see what the final Trump impeachment hearings and trial of Netanyahu brings. 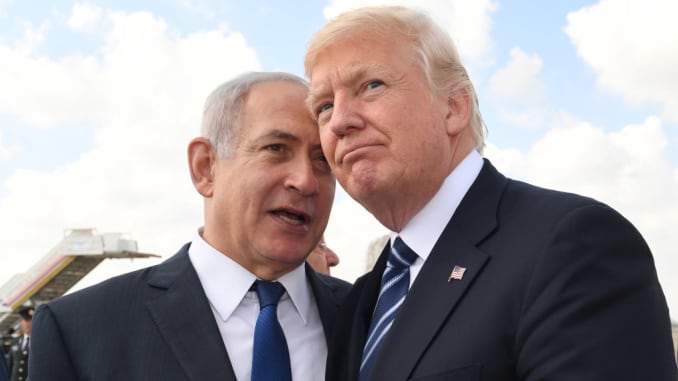 One thought on “Son of the right hand”