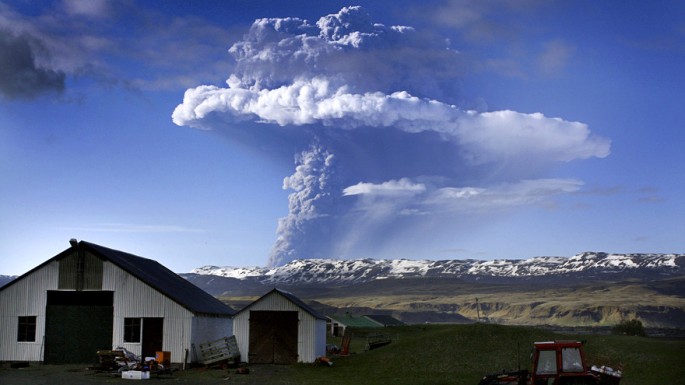 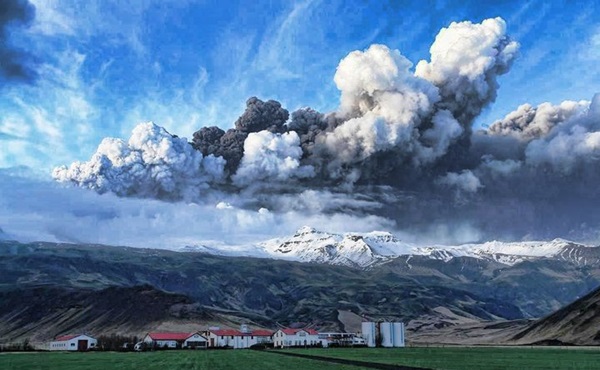 There are about 20 super volcanoes on the earth and activity continues to mount at Bardarbunga with reports now of over 500 earthquakes hitting the area since midnight of yesterday. The swarm has continued since August 20th. As the molten rock pushes up between plates, they move causing multiple earthquakes and allowing the molten rock to move higher.

Scientists in Iceland say they are examining several ‘cauldrons’ found near Bardarbunga volcano, which could potentially be a sign of an eruption.

The cauldrons, depressions in the volcano’s surface, each between 10-15m (49 ft) deep and 1km (0.6 miles) wide, were seen during a flight on Wednesday.

Iceland’s Met Office said they were formed “as a result of melting, possibly a sub-glacial eruption.”

Fractures, about four to six kilometers long, have formed north of Vatnajökull outlet glacier Dyngjujökull, northeast of Bárðarbunga, as reported by RÚV, visir.is and the Icelandic Met Office. Small calderas (also known as lows or cauldrons) have formed in the glacier and it cannot be ruled out that an eruption has started.

A fracture in the ice 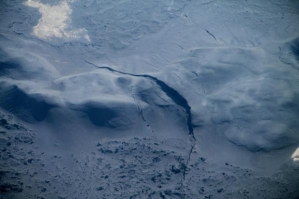 The Bárðarbunga volcanic system resides in Iceland and recently had its alert level raised to the second highest level of orange. There has also been a fury of intense seismic activity in the area since the 16th of August.

Bardarbunga is considered a super-volcano with a crater of just over 16 miles wide. The volcano currently resides 2300 feet under the ice cap.

Throughout history there have been large eruptions every 250–600 years. Þjórsá Lava is the largestholocene lava flow on the earth,[1] it originated fromBárðarbunga 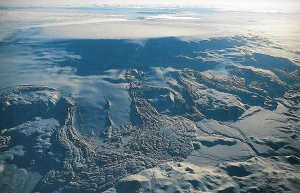