Russia has become quite the powerhouse in the last couple of years, dominating in the Syrian war effort to protect Assad, control Iran, and improvise new relationships with Israel. The country itself has had some very impacting changes as of late.

Russian President Vladimir Putin has cracked down on sharing the gospel with unbelievers without first seeking state approval.

“The new law will require any sharing of the Christian faith – even a casual conversation – to have prior authorization from the state,” reported Barnabas Fund, which aids persecuted Christians worldwide.

“This includes something as basic as an emailed invitation for a friend to attend church. Even in a private home, worship and prayer will only be allowed if there are no unbelievers present,” the organization said. “Churches will also be held accountable for the activities of their members. So if, for example, a church member mentions their faith in conversation with a work colleague, not only the church member but also the church itself could be punished, with individuals facing fines of up to 50,000 rubles ($770).”

Russia Today reported the crackdown was triggered by the bombing of an A-231 jetliner in Egypt last October and the terrorist attacks in Paris.

Barnabas Fund said Protestant Christians in Russia “fear that the new law will be chiefly enforced as a weapon against them and not used against the Orthodox Church, which Mr. Putin has favored in the past.”

Can we soon expect the same here in the U.S.?

Putin has complete control of the country and quite possibly through the end of this age.

Putin is creating a new army. 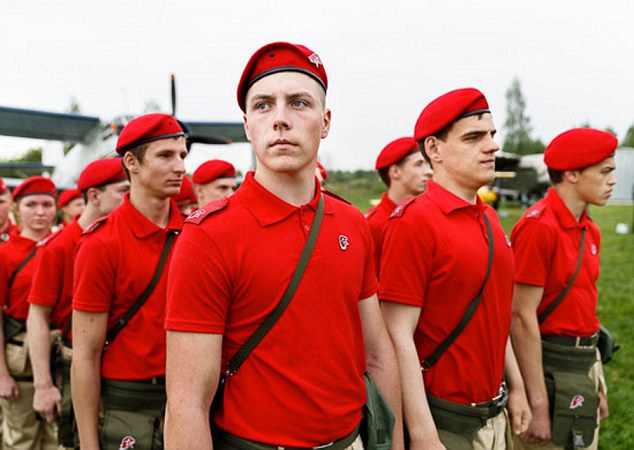 Russia now arguably has the most powerful nuclear weapon.

Meanwhile, President Obama plans to remove the U.S. Nuclear Supremacy “with a personal commitment to pursuing diplomacy and arms control,” deputy national security adviser Ben Rhodes told the Arms Control Association on June 6. “I can promise you today that President Obama is continuing to review a number of ways he can advance the Prague agenda over the course of the next seven months. Put simply, our work is not finished on these issues.” Obama plans major nuclear policy changes in his final months

Russia tightens their relationship with Israel.

“First ever Israeli-Russian war game is coming “
Russian President Vladimir Putin and Israeli Prime Minister Benyamin Netanyahu decided at their June 7 meeting in Moscow to deepen the military ties between the Russian and Israeli armed forces, debkafilereports exclusively from is military and intelligence sources. It was a historic decision that spells the end of the IDF’s unique relationship with the US military.The head of the IDF’s military intelligence branch, Maj. Gen. Hertzi Halevi, and Mossad chief Yossi Cohen also participated in the meeting. Our sources report that Putin and Netanyahu decided that a joint exercise by the Israeli and Russian naval and air forces will be held this summer as part of the first stage of expanded ties. It will mark the first time in modern Middle East military history that Russian military planes take off from an Arab country, Syria’s Hmeymim airbase, and Russian warships sail out of their bases in Tartus and Latakia, for joint maneuvers with the Israeli air force and navy. debkafile’s military sources add that, ahead of the exercise, the joint mechanism that coordinates Russian and Israeli air flights in Syrian airspace will be expanded. According to those sources, the bilateral decision for the joint war game was tied to an agreement to allow Russian gas companies to compete for contracts to develop Israel’s Leviathan and Tamar offshore gas fields. Netanyahu said June 7 in Moscow, “Our doors are open now to all companies from all countries that have substantial experience in developing gas fields, including Russia of course.” Putin had tried repeatedly to win a foothold for Russian companies, especially energy giant Gazprom, in the development of Israel’s offshore gas fields and export industry. The Russian leader tried to convince Netanyahu by saying that the presence of the Russian navy and air force in the area would guarantee that no Arab or Muslim military force, such as those of Iran, Syria and Hizballah, would attack the gas fields.
Netanyahu invites Russia to develop Israel’s gas fields

Twice the Word indicates that Gog/Magog is chief prince of Meshech and Tubal ensuing a different political structure between them. The key to understanding this prophecy is to study the line of Japheth, a son of Noah. “The sons of Japheth; Gomer, and Magog, and Madai, and Javan, and Tubal, and Meshech, and Tiras.” Gen 10:2
To say as modern commentaries do, that Magog, Tubal, and Mesheh are modern countries does not fit as they are the names of ethnic groups, not countries and there is no connection in history to link Meshech to Moscow and Tubal to Tobolsk as many writers have. The ancient names for Mowscow and Tobolsk were Slavi and Wends. Russia did not even exist at the time of this prophecy.
Previously it was asked if Putin was Gog/Magog. Since it has been shown that Gog is chief of Meshech and Tubal, indicating different political groups and Meshech and Tubal are ethnic groups, probably not. It would not make sense to say Putin is chief prince of two of his own cities. Most likely, Gog/Magog is a future UN leader that launches the huge coalition army under Western leadership from the land of Turkey “And thou shalt come from thy place out of the north parts, thou, and many people with thee, all of them riding upon horses, a great company, and a mighty army” Eze 38:15
Turkey is due north of Israel and it is public knowledge that President Obama is seeking to replace UN Secretary-General Ban Ki-moon when his term  expires in January of 2017. 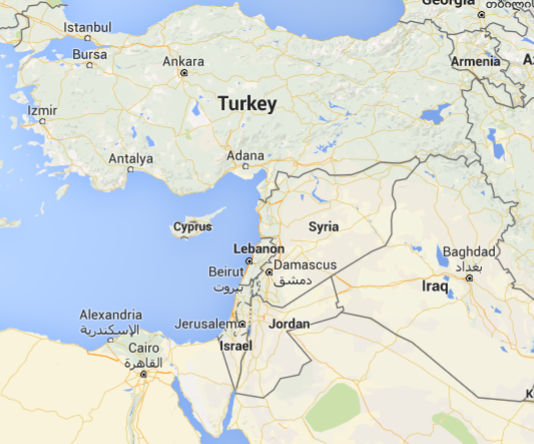 Russia will most likely participate in this prophecy, but not as the leader. Perhaps Putin is one of three kings at some point the Antichrist has to defeat.

I considered the horns, and, behold, there came up among them another little horn, before whom there were three of the first horns plucked up by the roots: and, behold, in this horn were eyes like the eyes of man, and a mouth speaking great things. Dan 7:8
And the ten horns out of this kingdom are ten kings that shall arise: and another shall rise after them; and he shall be diverse from the first, and he shall subdue three kings. Dan 7:24