The Arab Military is now official.

“The Arab leaders have decided to agree on the principle of a joint Arab military force,” Sisi said Sunday as the summit wrapped up. The summit final communique called for “coordination, efforts and steps to establish an unified Arab force” to intervene in countries such as Yemen.

The Egyptian leader said a high-level panel will work out the structure and mechanism of the future force. The work is expected to take four months.

Earlier reports said the joint Arab military may be formed from roughly 40,000 elite troops and backed by warplanes, warships and light armor. There are however doubts that all 22 members of the Arab League would significantly contribute to it; the formations of the force could take months. 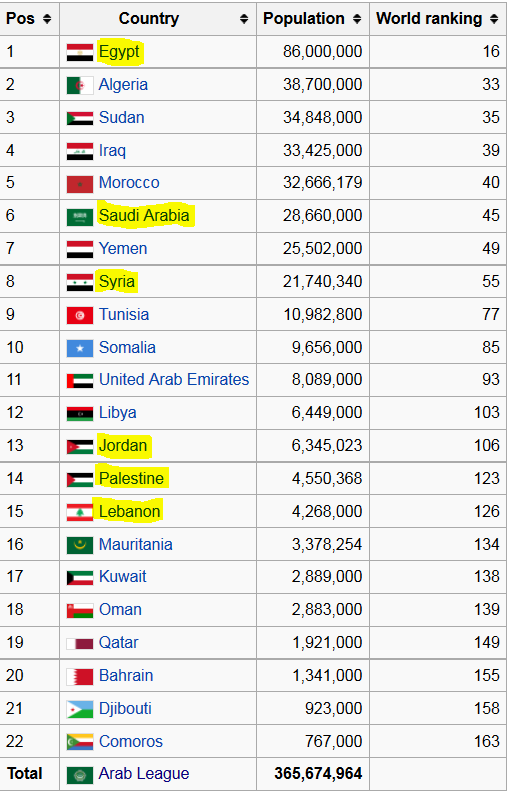 Those entities highlighted are named in the Psalm 83 war.

Perhaps it is still too early, but a more clear picture of the Middle East is now unfolding. The 22 Arab states are mostly Sunni Muslim. Al Qaeda and Hamas are Sunni militant groups. Turkey is mostly Sunni, but it is not yet clear whom they support at this time, but we know from scripture they will attack Israel along with Iran and Russia.

Iran, Hezbollah, Assad Regime of Syria, and the Houthis are all Shi’a Muslim and are supported by the countries of Russia, China, and North Korea. Hezbollah is a militant group based in Lebanon.

And then there is ISIS whom are Salafis, a movement and doctrine known as Salafism which is the fastest-growing Islamic movement in the world. Salafis are also the dominant minority in Saudi Arabia with 4 million members. ISIS has a relatively unknown goal other than to destroy everything in their path.