2020, the year for maturity. Justice has been served and the first domino of many has fallen.

The move, first reported by the Associated Press, comes more than two years after Flynn pleaded guilty to lying to FBI agents about his discussions with Russia’s ambassador to the United States in the weeks before President Donald Trump took office. 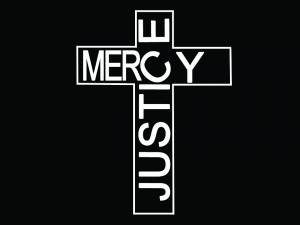 9 The Lord knoweth how to deliver the godly out of temptations, and to reserve the unjust unto the day of judgment to be punished: 10 But chiefly them that walk after the flesh in the lust of uncleanness, and despise government. Presumptuous are they, selfwilled, they are not afraid to speak evil of dignities. 11 Whereas angels, which are greater in power and might, bring not railing accusation against them before the Lord. 12 But these, as natural brute beasts, made to be taken and destroyed, speak evil of the things that they understand not; and shall utterly perish in their own corruption; 13 And shall receive the reward of unrighteousness, as they that count it pleasure to riot in the day time. Spots they are and blemishes, sporting themselves with their own deceivings while they feast with you; 14 Having eyes full of adultery, and that cannot cease from sin; beguiling unstable souls: an heart they have exercised with covetous practices; cursed children: 15 Which have forsaken the right way, and are gone astray, following the way of Balaam the son of Bosor, who loved the wages of unrighteousness; 16 But was rebuked for his iniquity: the dumb ass speaking with man’s voice forbad the madness of the prophet. 17 These are wells without water, clouds that are carried with a tempest; to whom the mist of darkness is reserved for ever. 2 Peter 9-17.